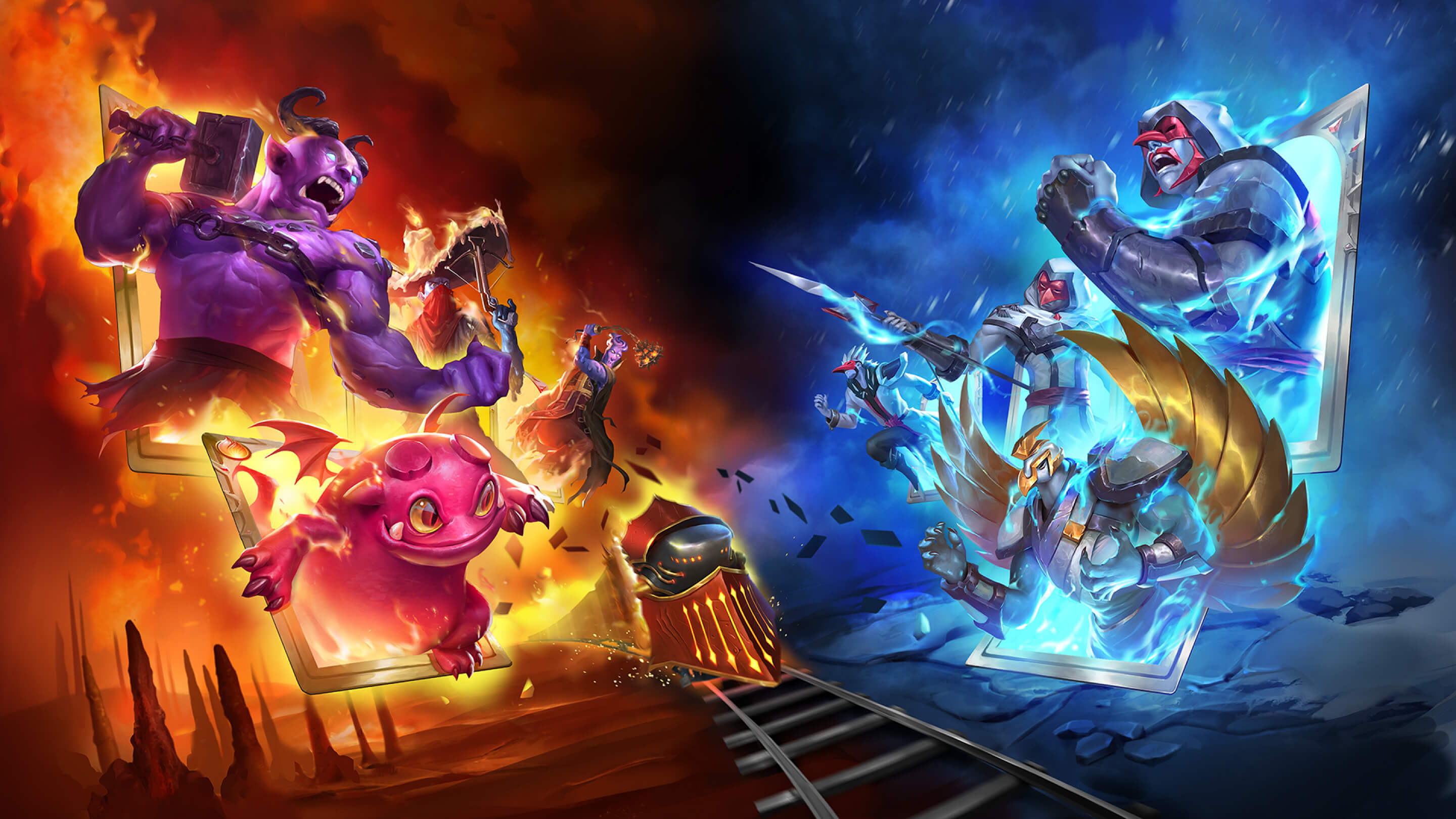 Reignite hell and defeat the devious Winged Angels in this strategic roguelike deck building game with a twist. Set on a train to hell, use tactical decision making to defend multiple vertical battlegrounds. With real time competitive multiplayer and endless replayability, Monster Train is always on time. 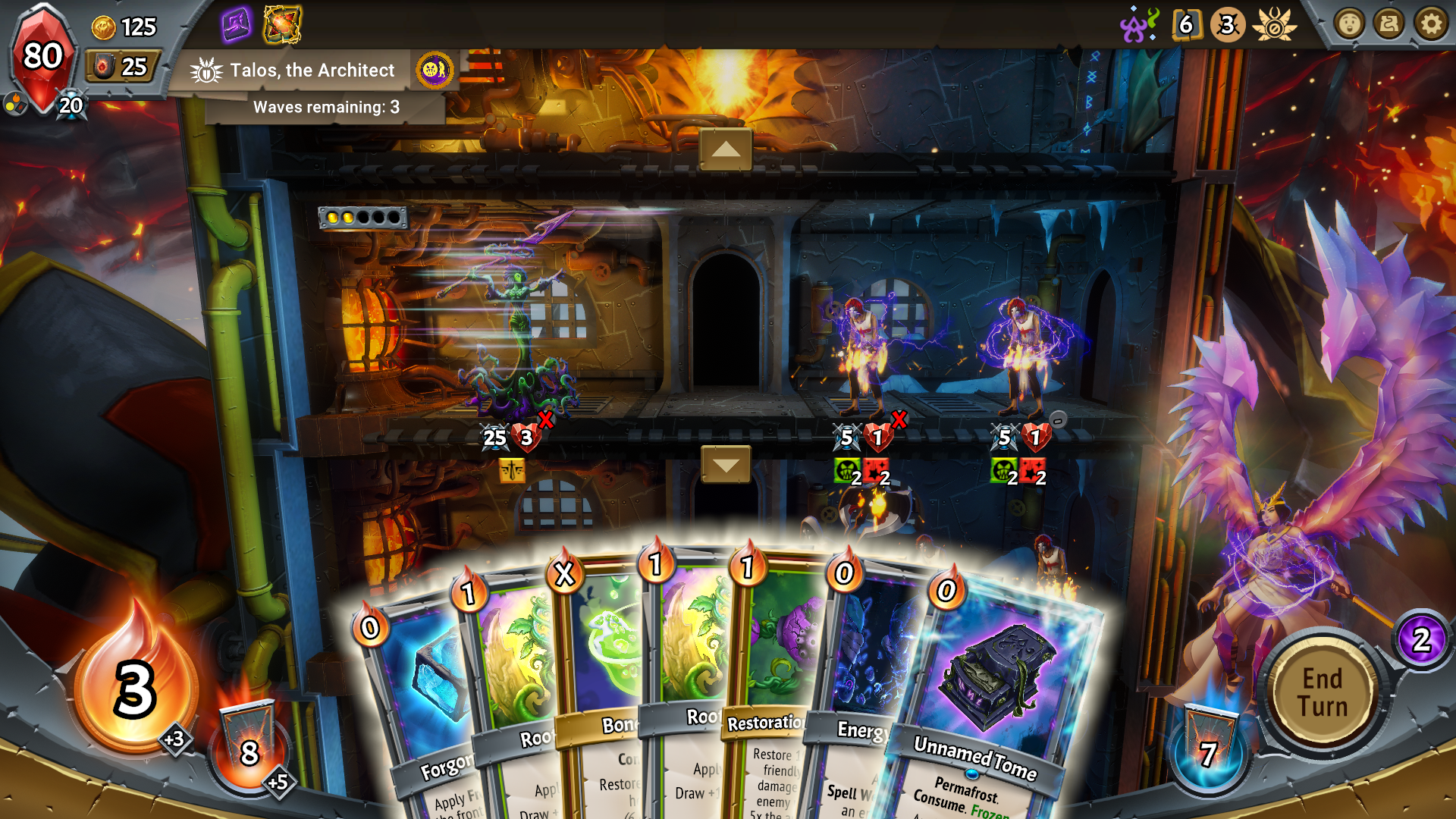 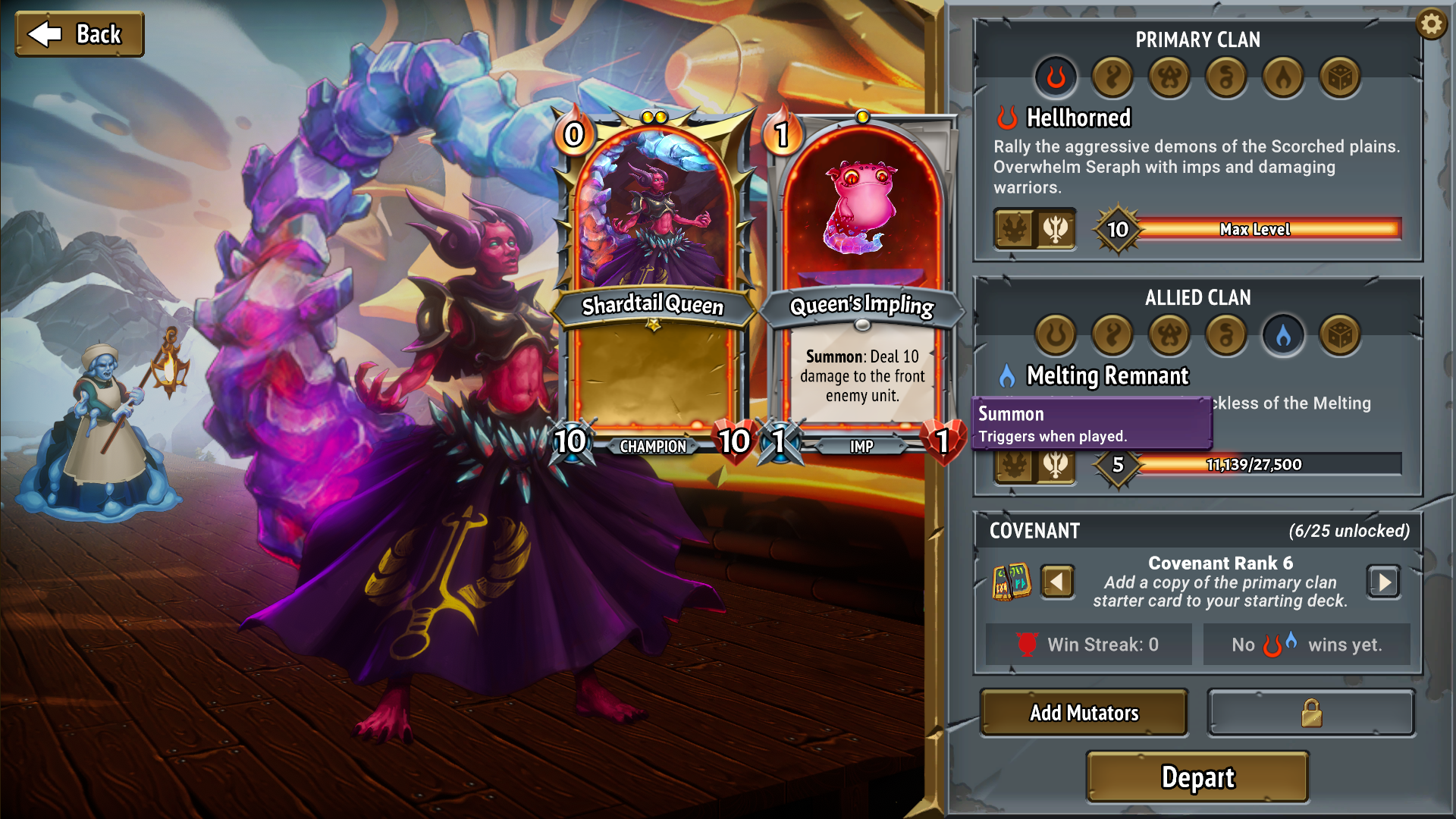 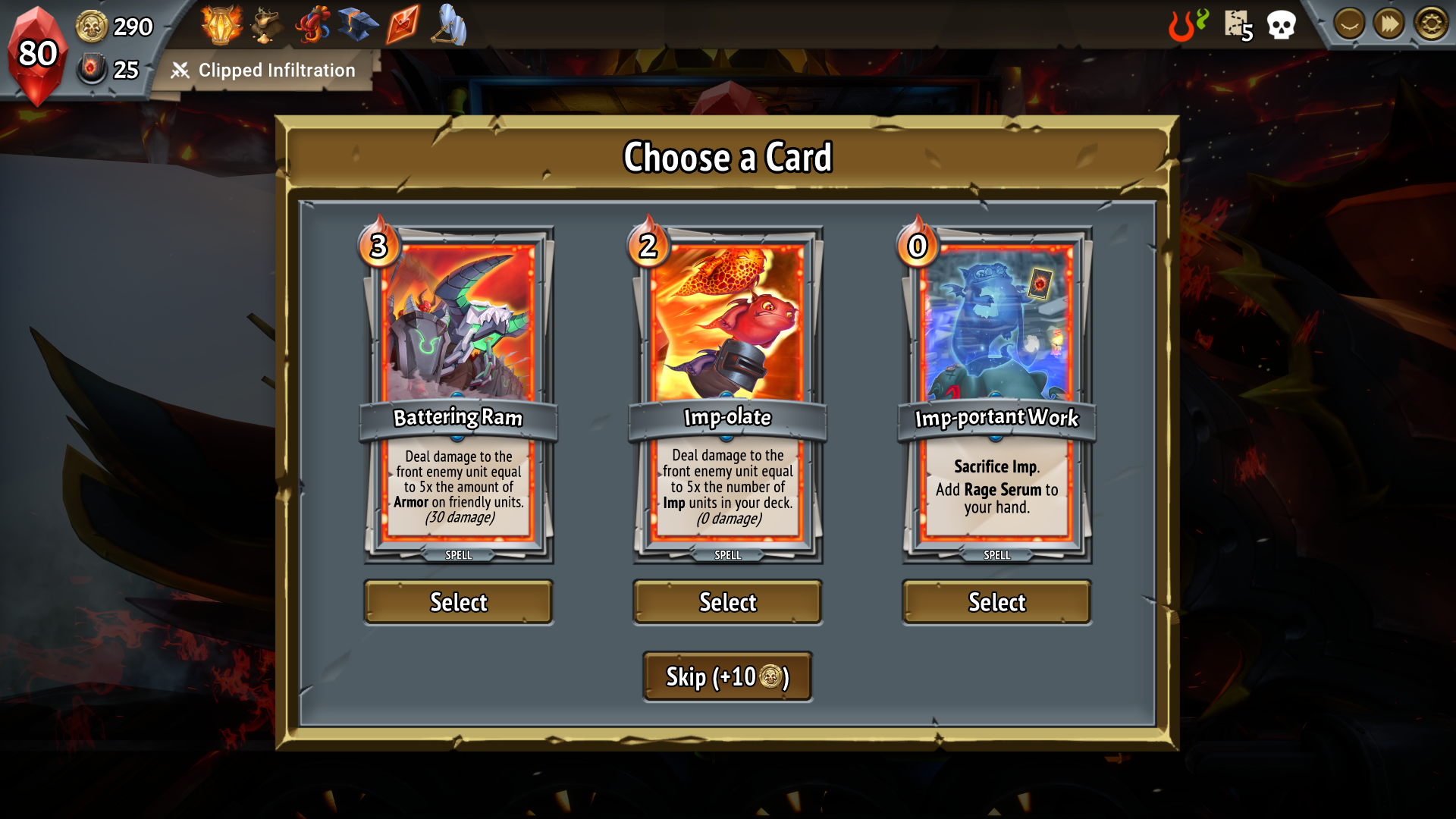 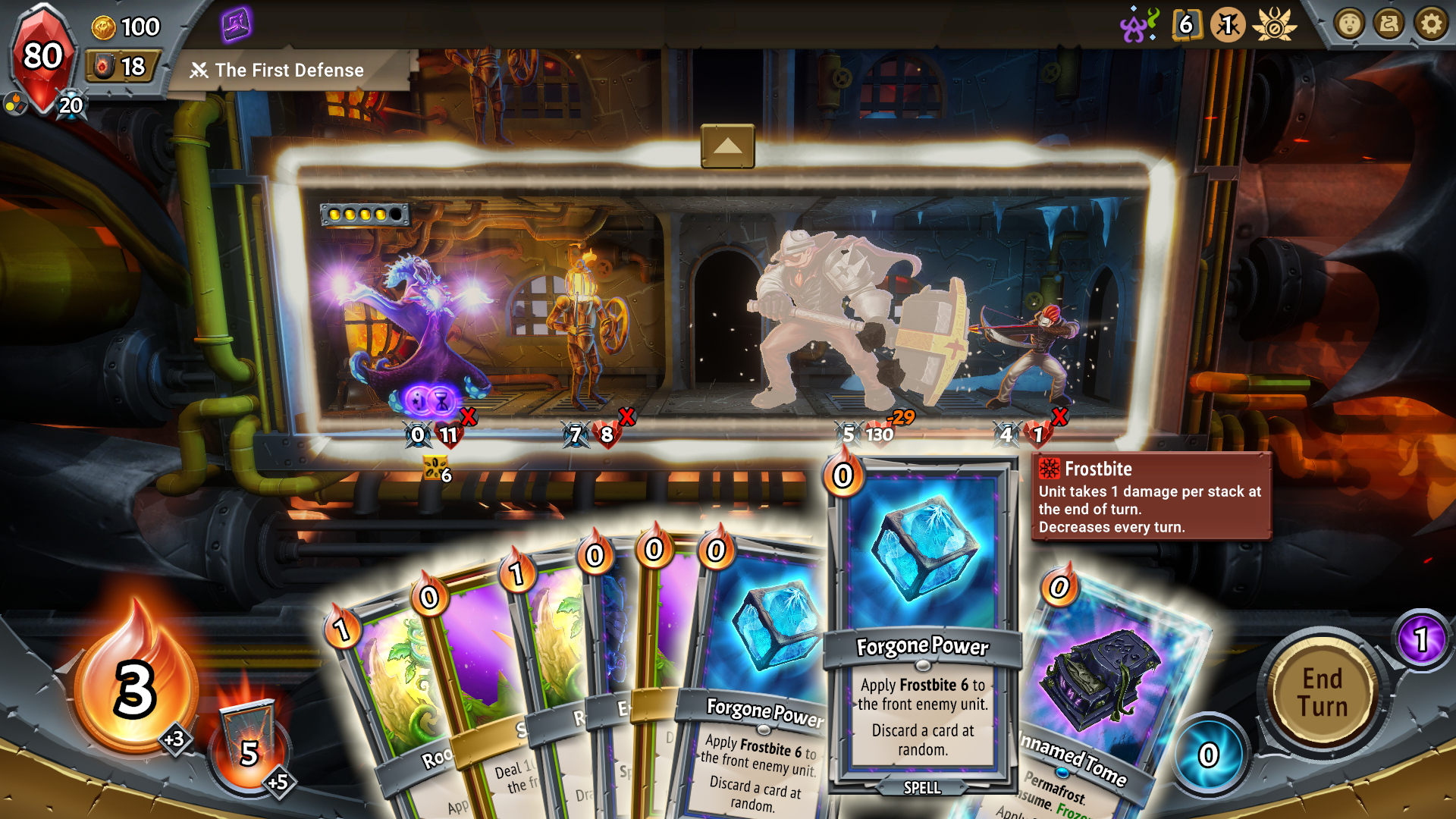 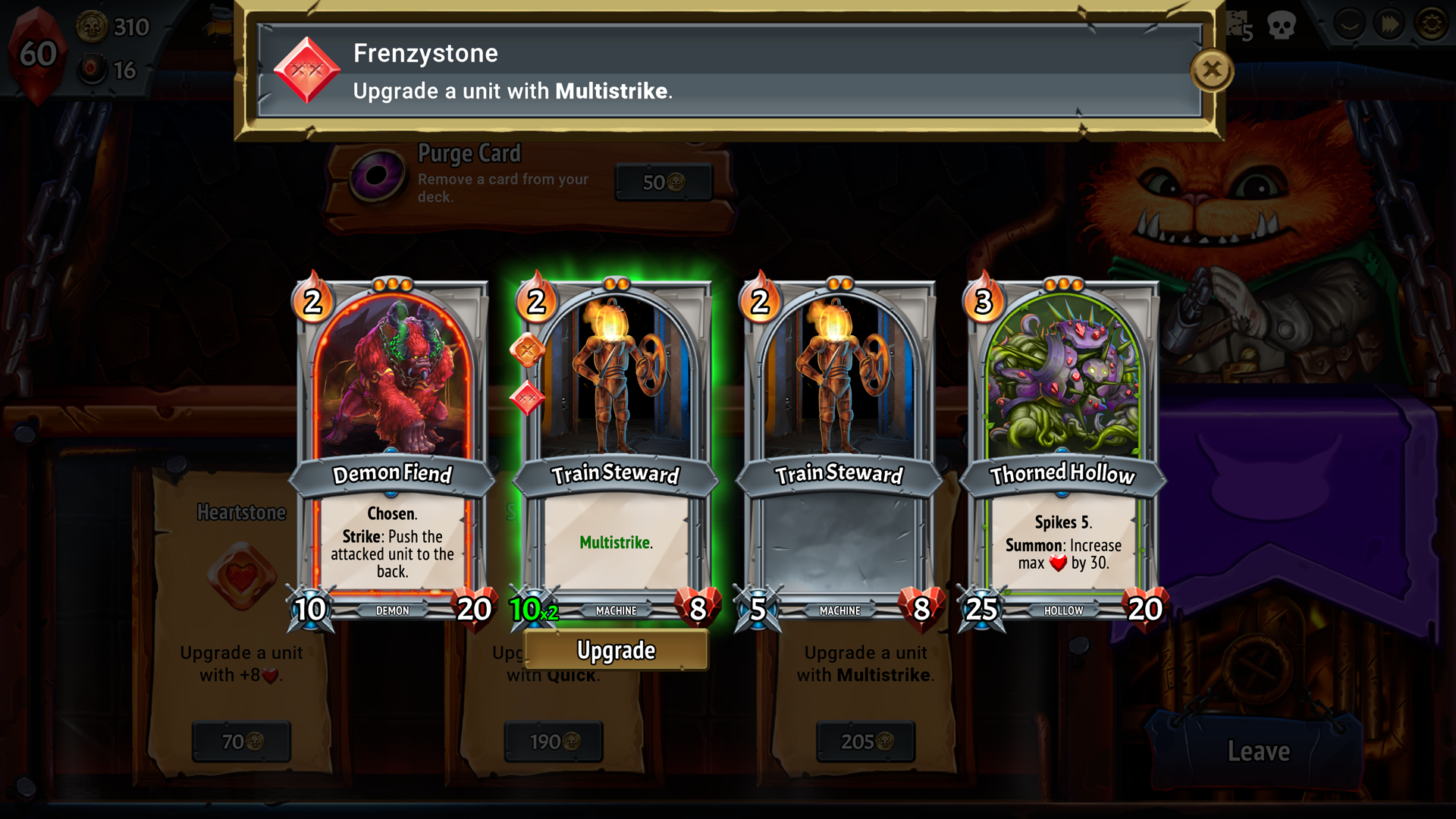 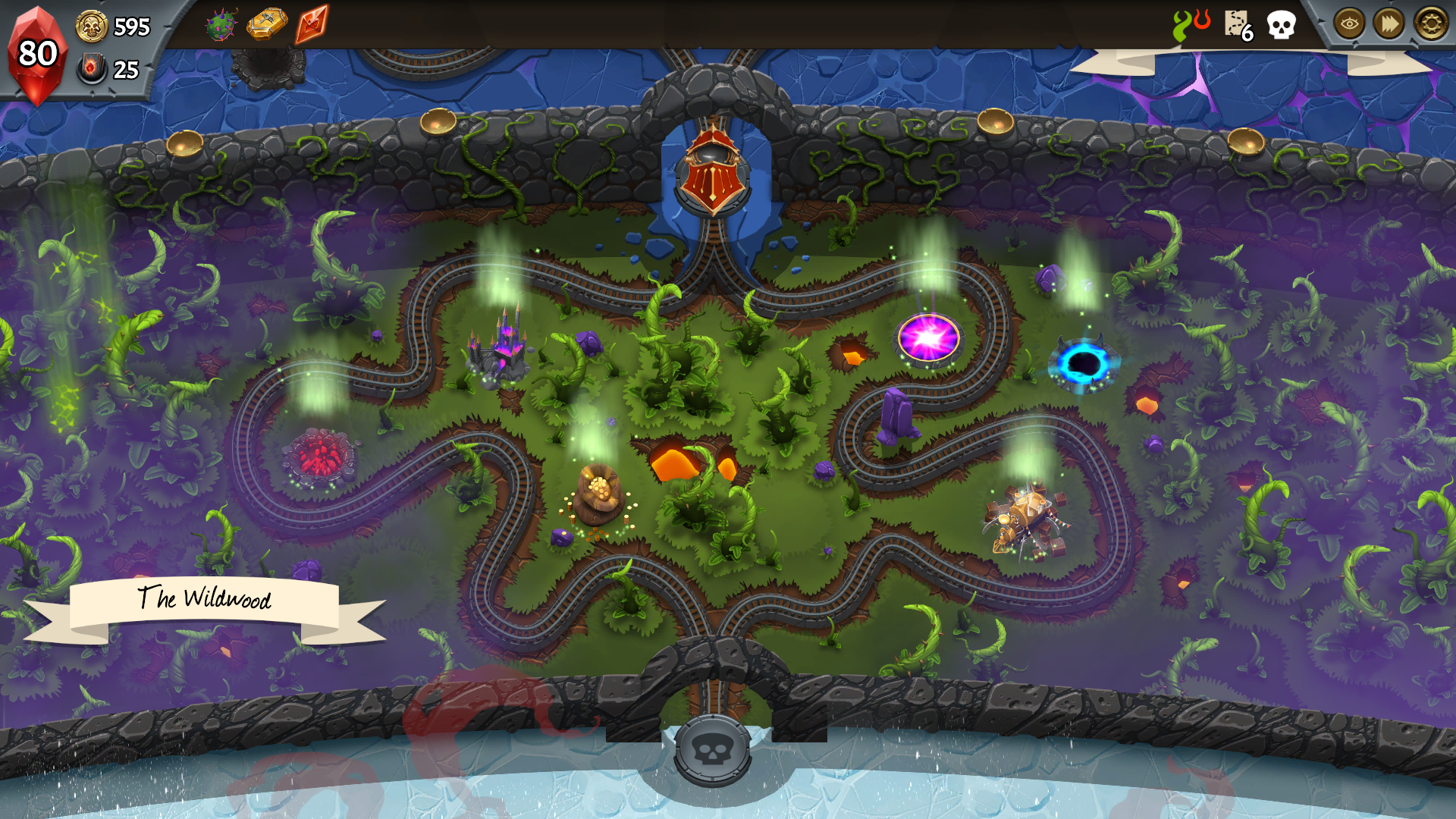 “Monster Train might be the best deckbuilder since Slay The Spire.”

“Monster Train is a pleasant, mind-blowingly addictive exercise that’s well worth your time, especially if you’re a fan of roguelikes, card games, and deck-building fare.” 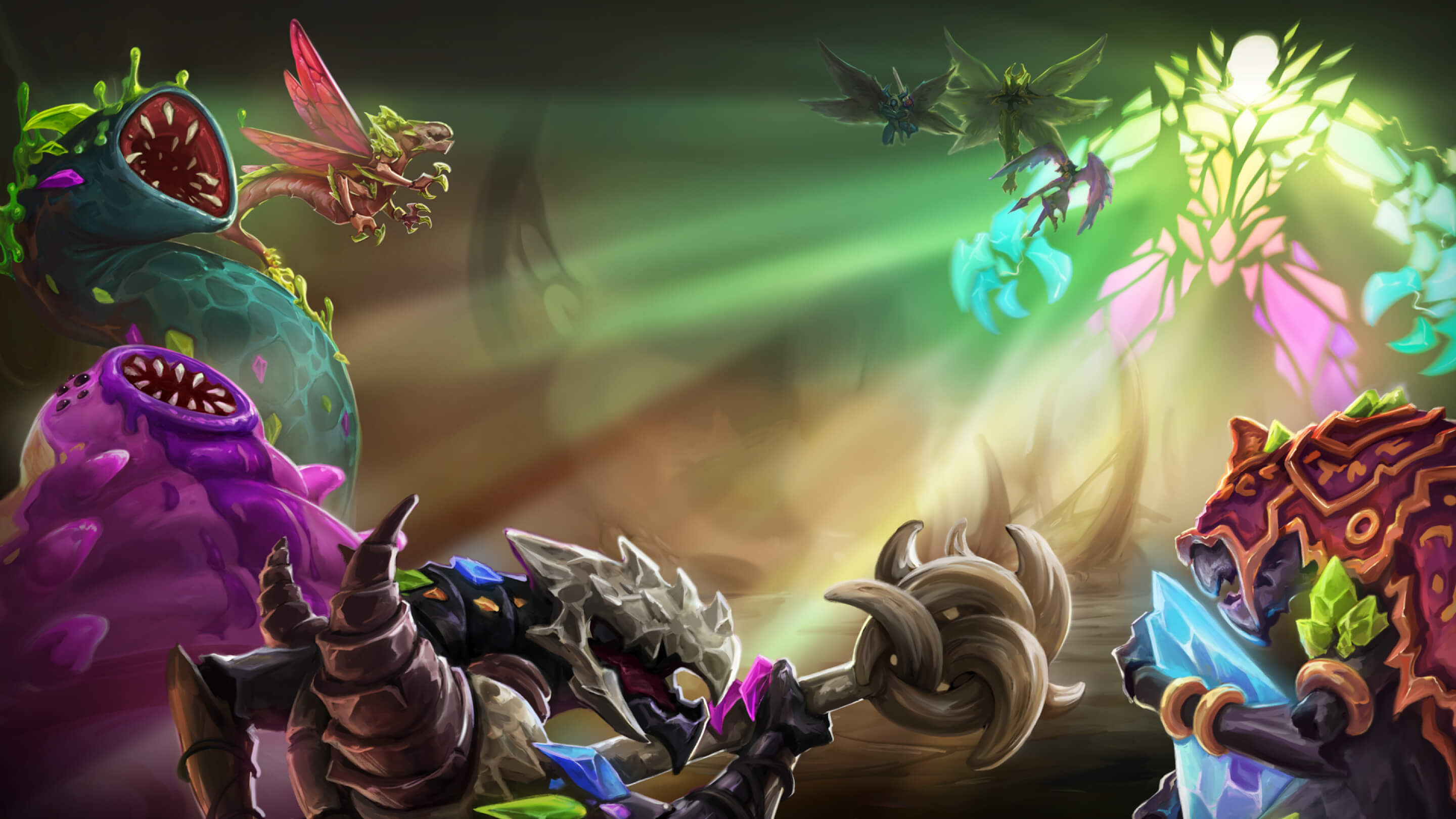 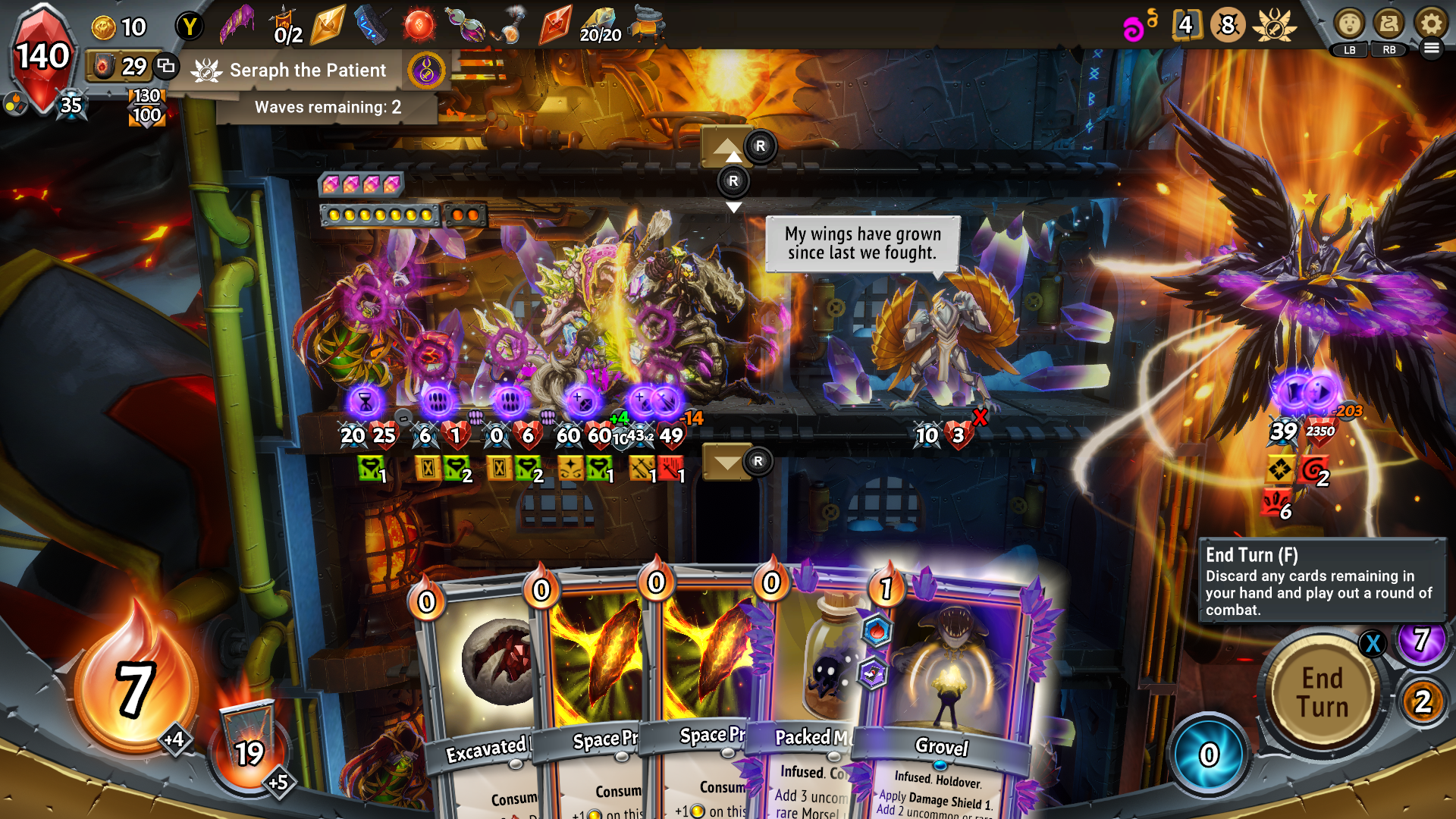 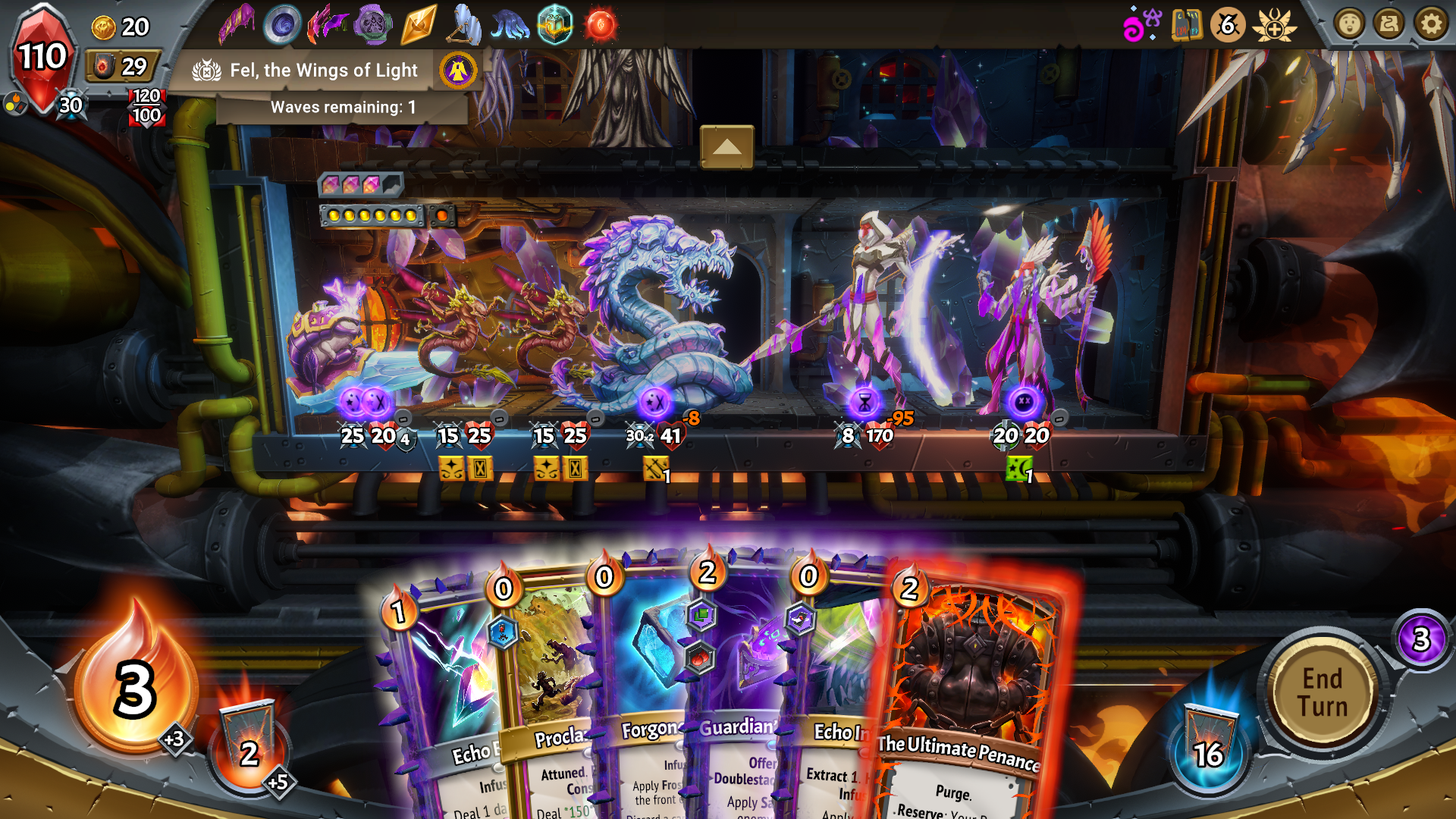 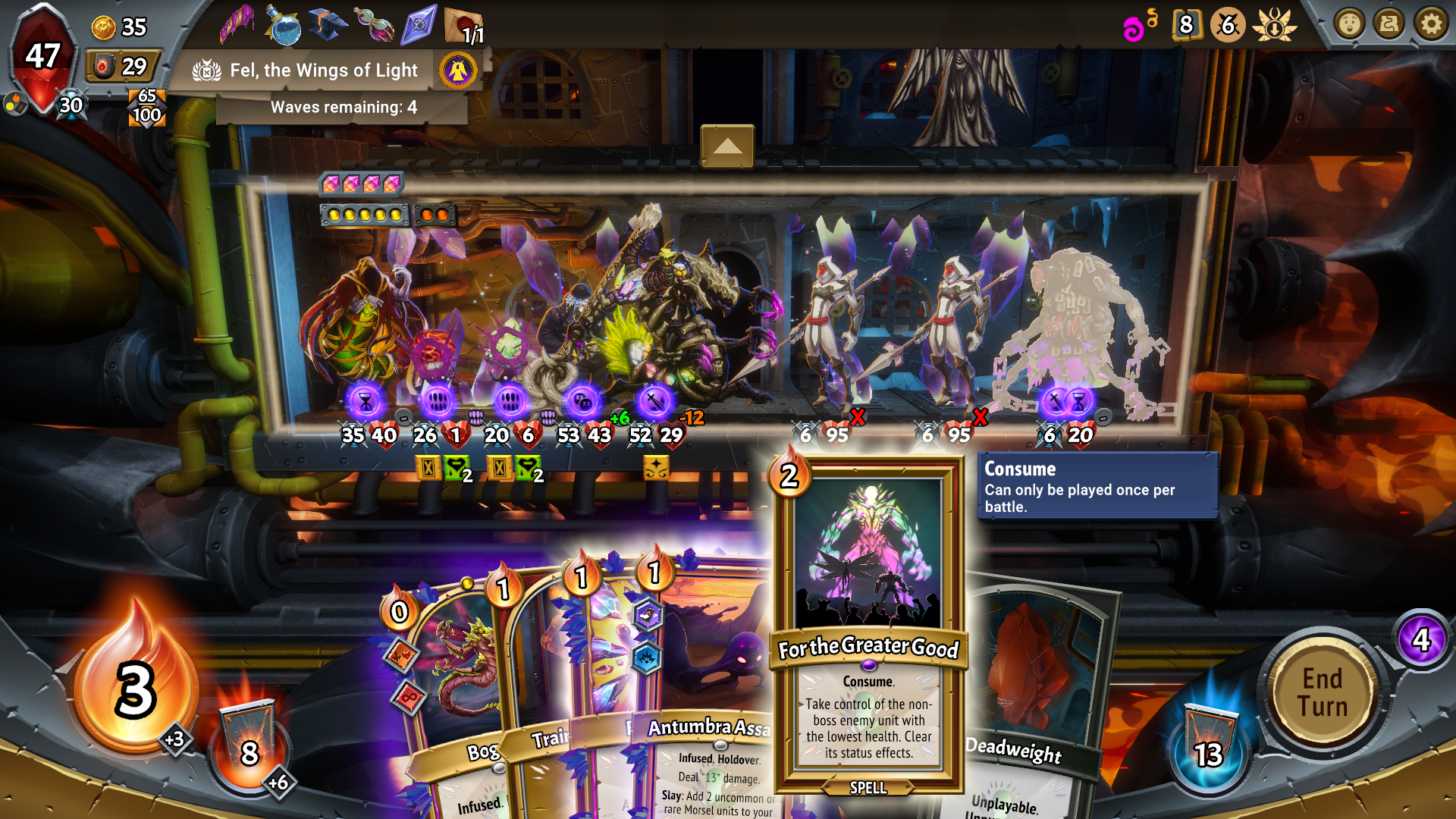 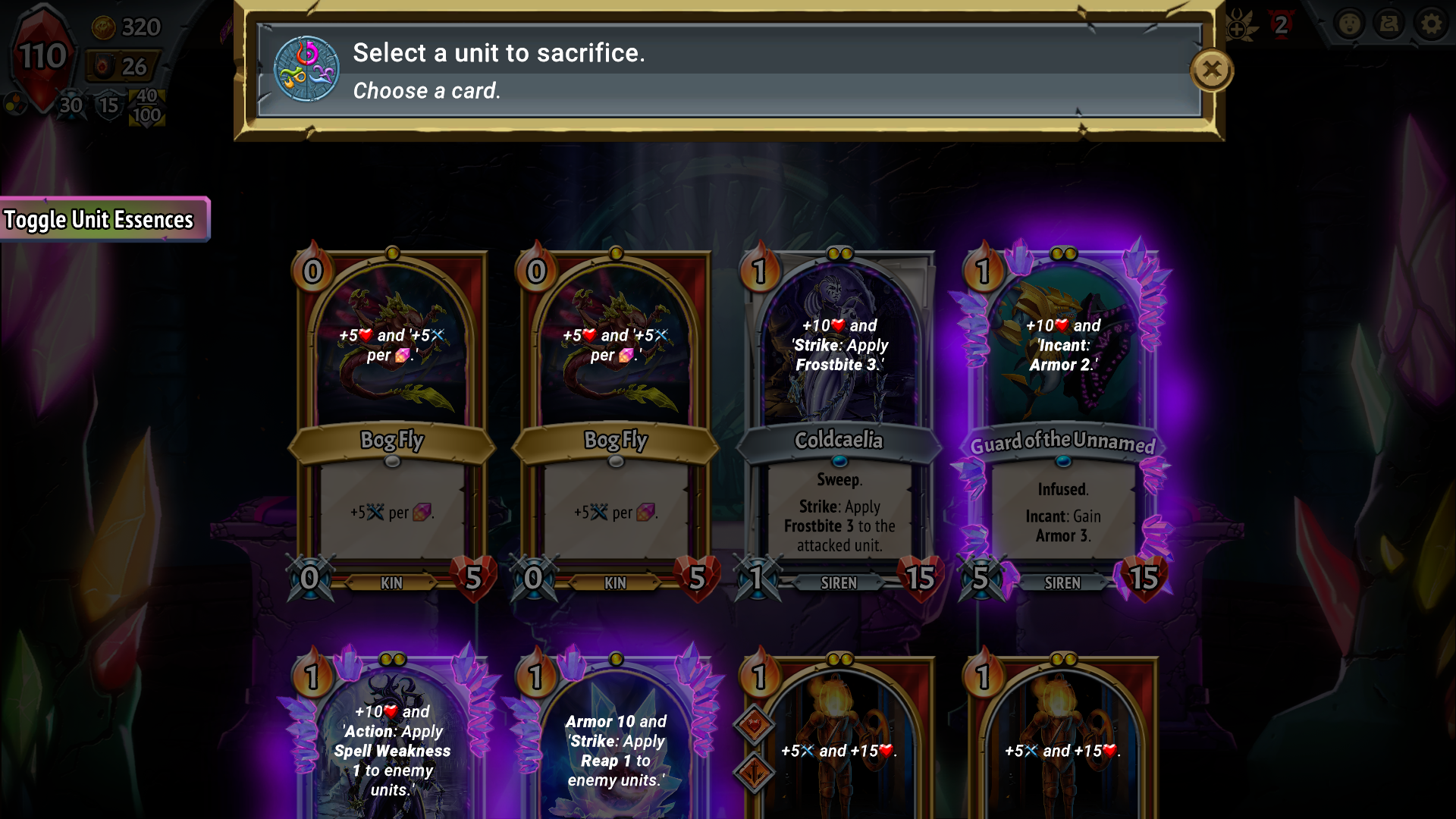 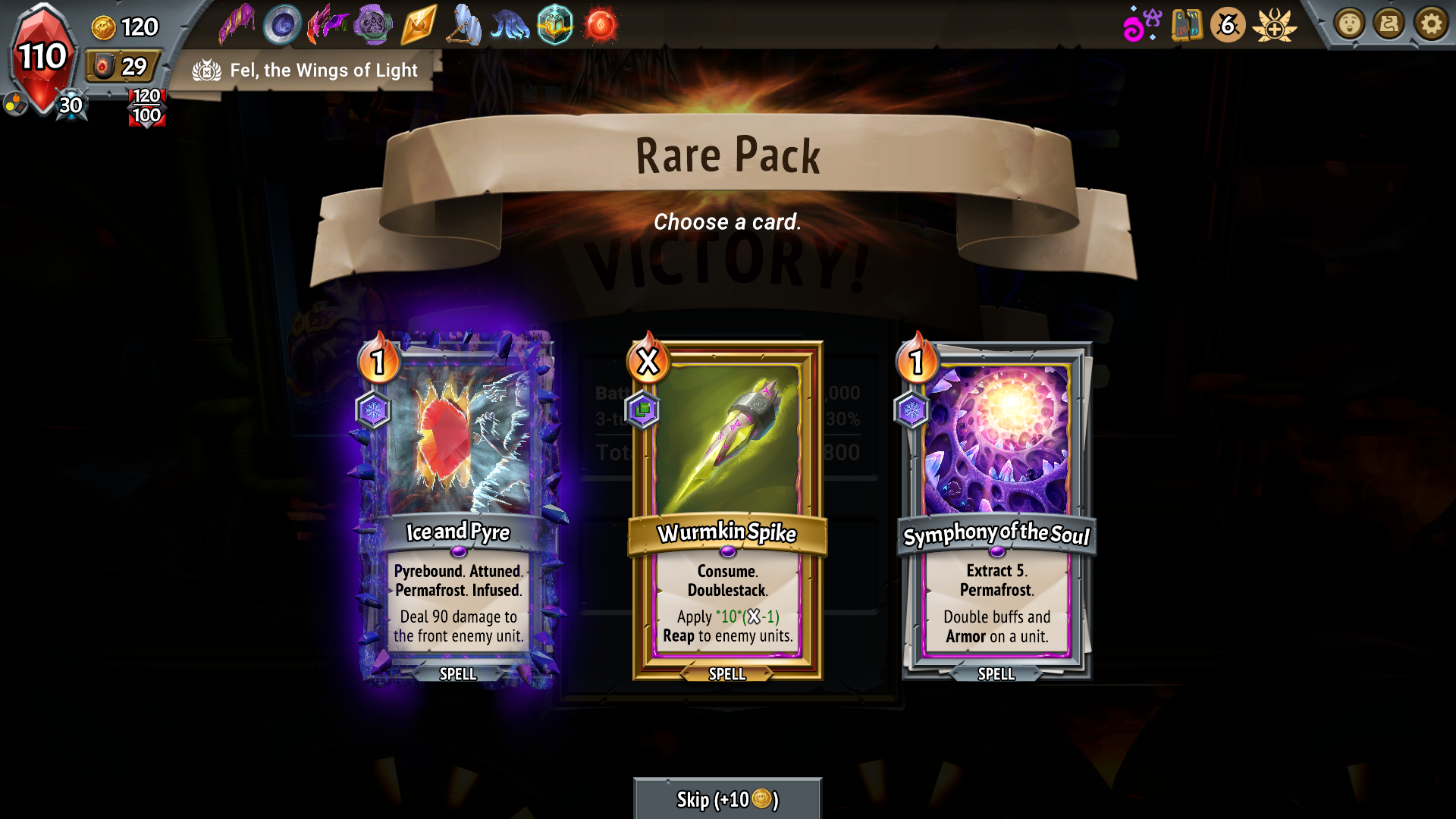 "With the new update comes a new race, the Wurmkin, a new final boss, pact shards for even more run customization that embrace risk/reward, and much, much more!"

"The best any enthusiast can hope for" (this is the only actual review we have, the two above are lifted from news postings." 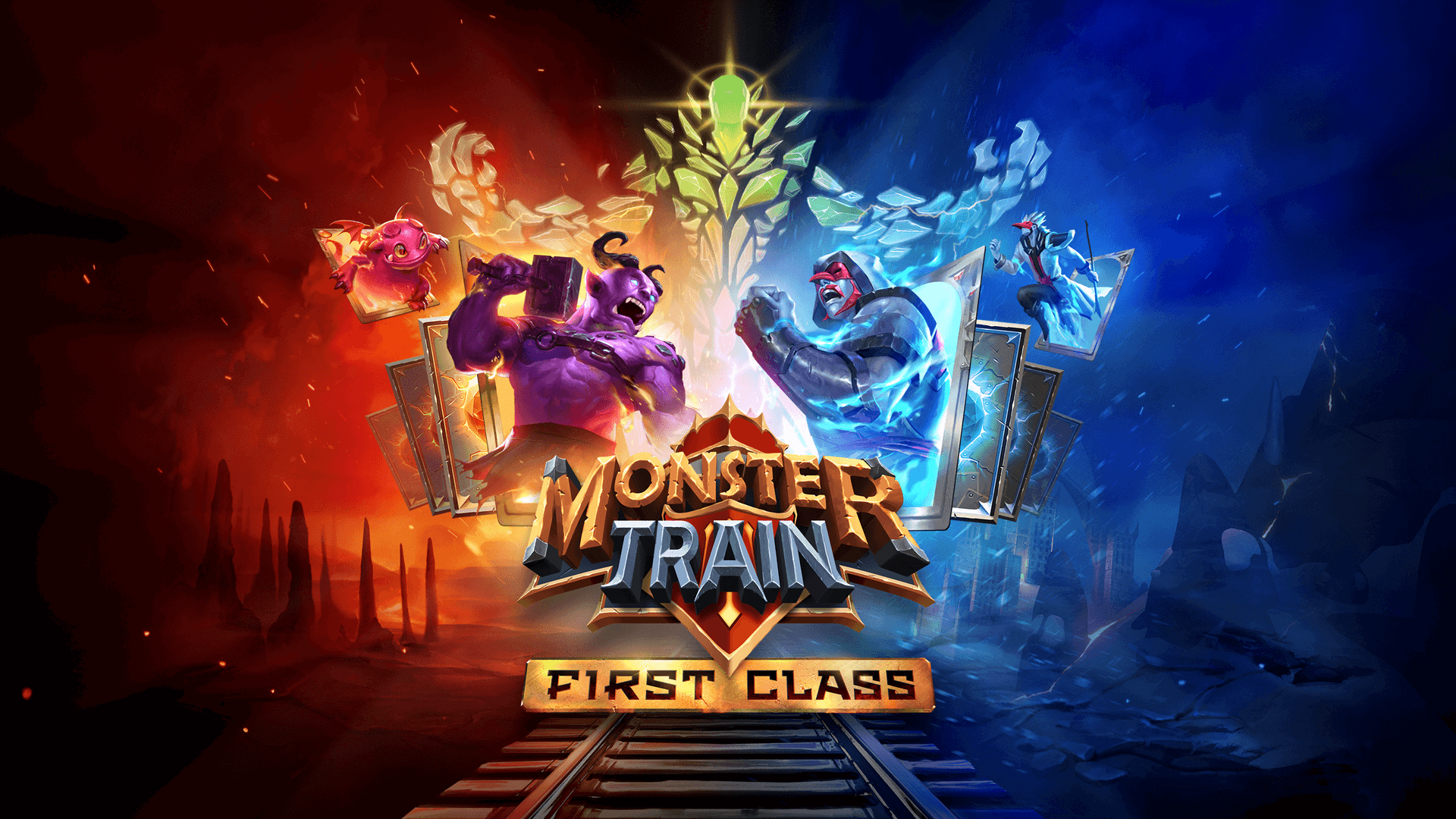 No playthrough is ever the same, it’s a fresh challenge every time.

Monster Train brings a new strategic layer to roguelike deckbuilding, with a tactical twist: defend not one, but three vertical battlegrounds simultaneously as you fight to protect the final pyre against the forces of heaven. No playthrough is ever the same, it’s a fresh challenge every time. You’ll never play the same deck twice!

Hell has frozen over. Only you can protect the final burning pyre from the forces of heaven and restore the inferno.

Strategize to Fit Your Playstyle

With six clans to choose from, each has its own unique and surprising gameplay. Pick your primary and supporting clan to gain access to all cards from both. During your run you will be able to improve cards by mixing and matching upgrades to open up new roads to victory. You can even duplicate your favorite card at special map nodes before facing off against the final boss.

If you have gained 100 or more Pact Shards when you defeat Seraph, a final battle unlocks and you can face – The Last Divinity!

In the Hell Rush multiplayer mode, eight players compete in a frantic real-time contest. Only a true speed demon can remain undefeated.

You will never play the same deck twice!

● 25 covenant (difficulty) levels
● Over 280 cards
● 6 monster clans, each with their own distinct gameplay
● Each clan has 10 levels to unlock, bringing new cards to your deck
● Upgrade your clan champion multiple times during the run
● Merge your units to create the ultimate monster
● Monster Train First Class features the full base game plus “The Last Divinity” DLC 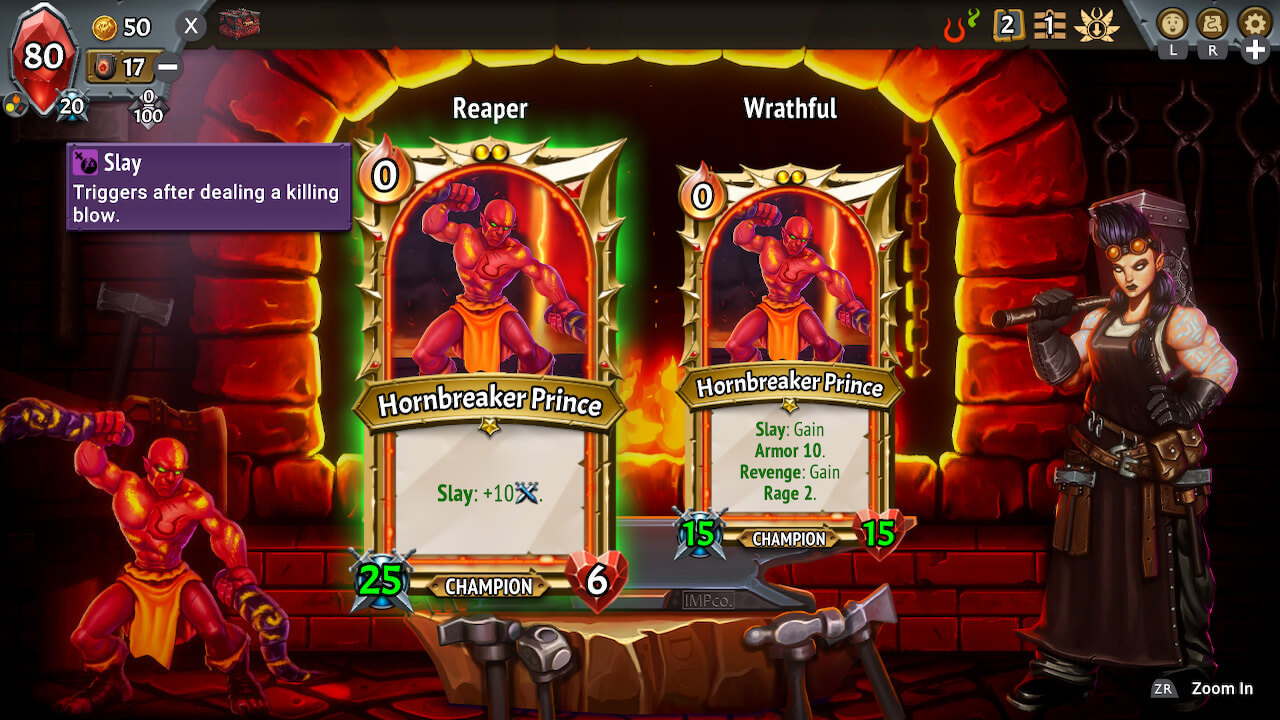 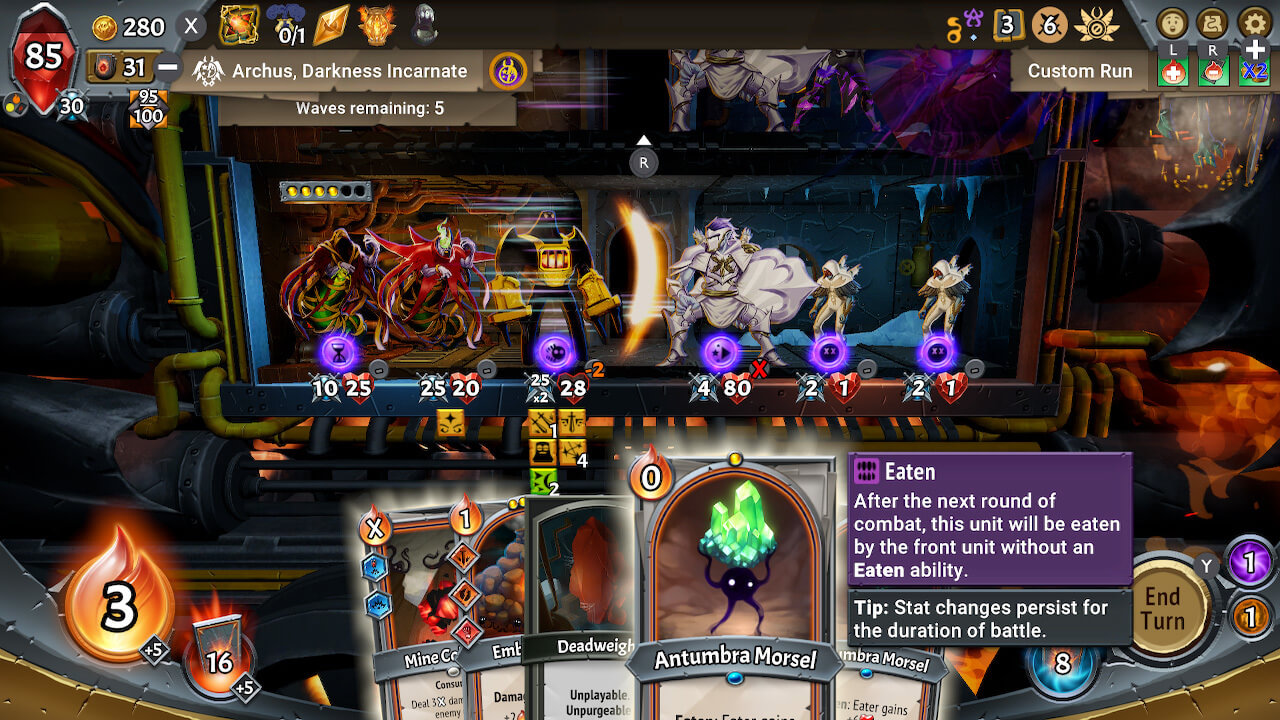 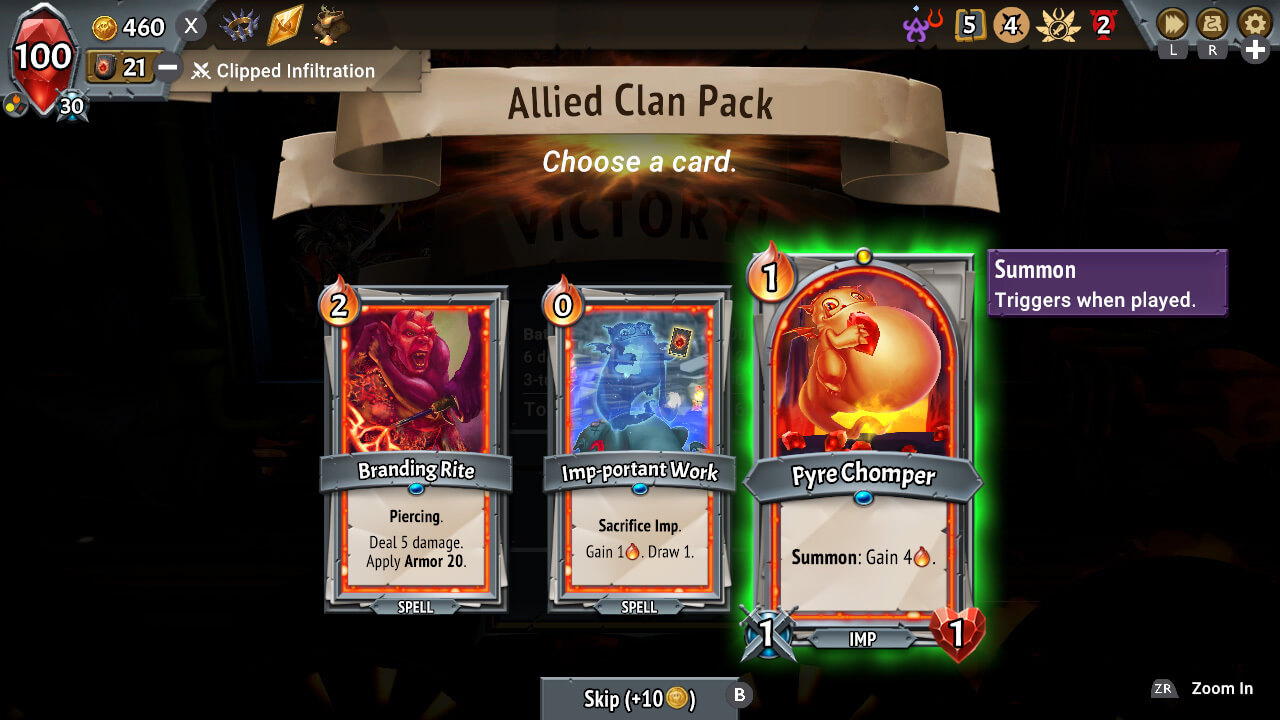 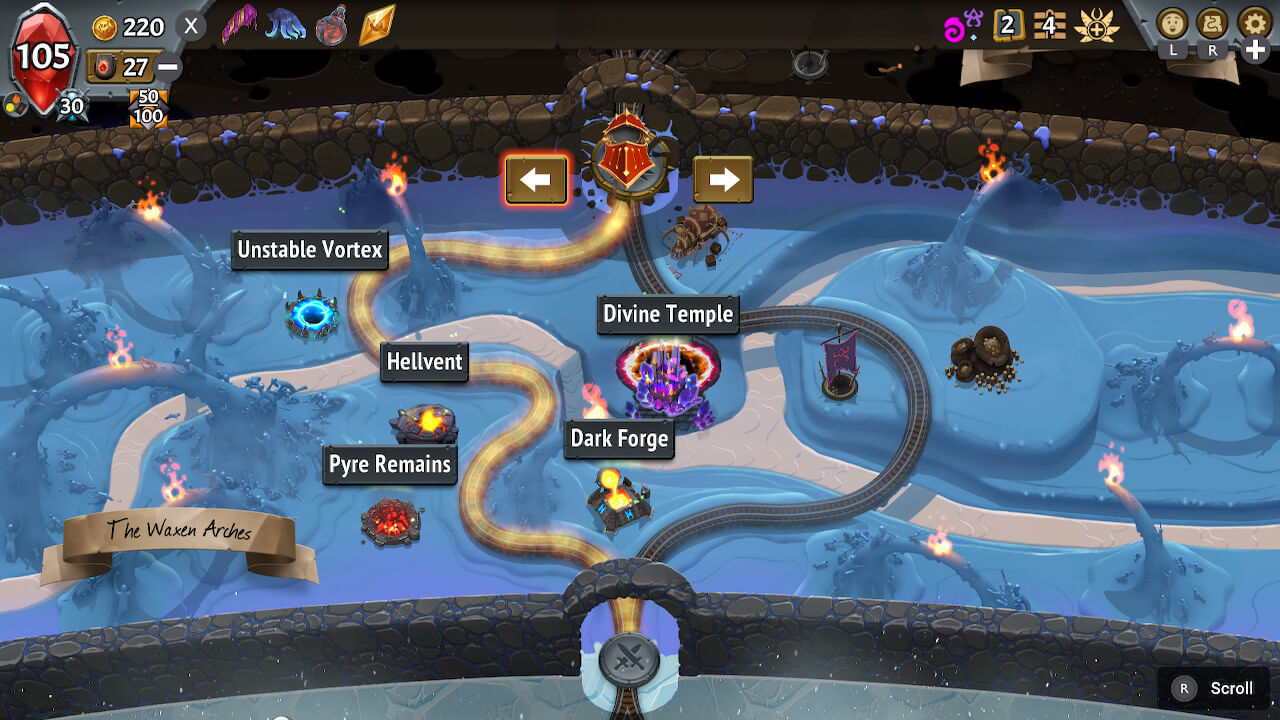 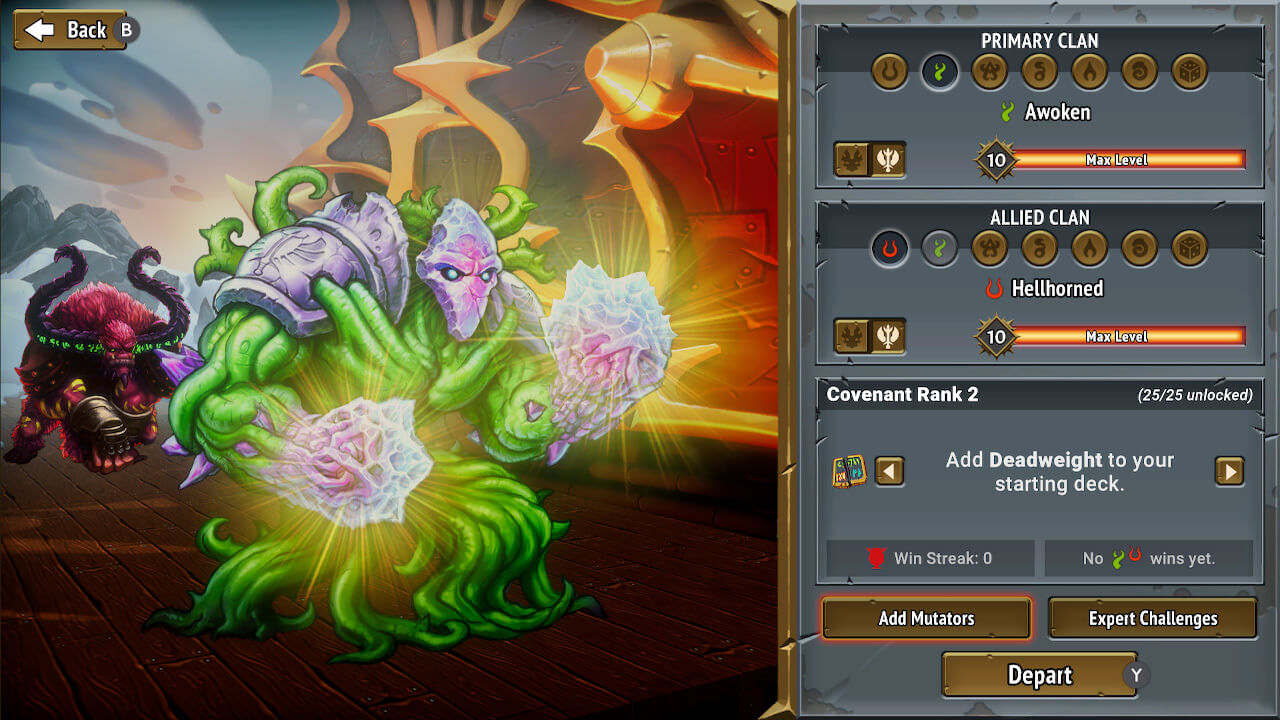 It was one of last year’s best new titles, and now it’s finally coming to Switch.

Shiny Shoe has honed in on a winning formula, combining the best bits of several genres to create pure deck-building bliss.

THIS GAME MAY CONTAIN CONTENT NOT APPROPRIATE FOR ALL AGES.